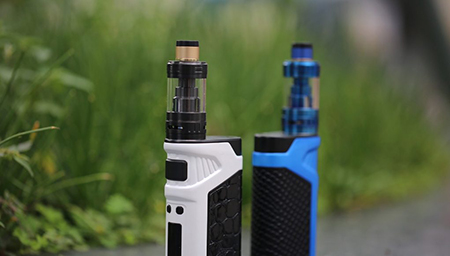 In a position statement released on it’s website last February, the ACS had pointed out that while smoking is responsible for the deaths of millions, current research keeps indicating that e-cigarettes are safer than regular cigarettes. The organization had added that although it primarily recommends FDA-approved cessation aids, it recognizes that some smokers are not interested in trying these products to quit. Hence, these smokers should be redirected to switching to the safer alternatives.
“Some smokers, despite firm clinician advice, will not attempt to quit smoking cigarettes and will not use FDA approved cessation medications. These individuals should be encouraged to switch to the least harmful form of tobacco product possible; switching to the exclusive use of e-cigarettes is preferable to continuing to smoke combustible products,” said the ACS at the time.
Most of the damage is done by the combustion process
Several vaping advocacy groups and public health experts had regarded this statement as a step in the right direction, but many others were quick to point the ACS announcement was a missed opportunity in promoting public health. Therefore in what will be considered as a positive motion by all, the ACS has released yet another public health statement which does a better job at linking e-cigarette use to ending the current smoking epidemic.
“Although many ENDS deliver nicotine, flavor additives, and other chemicals, they do not burn tobacco, a process that yields an estimated 7000 chemicals, including at least 70 carcinogens. Thus, public misunderstanding underscores the urgent need for consumer education about the absolute and relative risks posed by different tobacco products and to reinvigorate smokers’ understanding of the importance of quitting combustible tobacco.”
“Whereas complete information on all the potential risks and benefits of ENDS is not yet available, there is sufficient information to allow ACS to act now with a clear focus on the primary goal of ending deadly combustible tobacco use, which is responsible for approximately a one-half million deaths per year and 30% of all cancer deaths in the United States,” reads the statement.
The public still misinformed about the relative risks of tobacco products
In line with what public health experts and scientific studies alike have been pointing out, the ACS is emphasizing that burned tobacco, not nicotine, is the main health hazard. However the most positive aspect of the statement is the fact that it is shining a spotlight on the current misinformation campaign against vaping.
“Many consumers are misinformed about the harms of electronic nicotine delivery systems (ENDS). (In this document, the term ENDS refers to the variety of products that heat, but do not burn, liquids that contain nicotine, water, and other constituents, such as propylene glycol and flavorants.) Many adults believe, erroneously, that ENDS are as harmful as combustible tobacco products, and the level of public understanding has deteriorated over time.”
“In 2012, only 11.5% of respondents to a national survey held this view. By 2015, 35.7% of respondents mistakenly believed that the harm associated with electronic cigarettes (e-cigarettes) was “about the same” as that of smoking conventional cigarettes. At the same time, the Monitoring the Future study reports that, as of 2017, “e-cigarettes have one of the lowest levels of perceived risk for regular use of all drugs, including alcohol” among adolescents.”
Nicotine has some significant medicinal properties
In line with the above, a study by pharmaceutical development company Pinney Associates, presented at the Society for Research on Nicotine and Tobacco’s 24th annual meeting earlier this year, had indicated that while most adults are aware that nicotine is the addictive factor in cigarettes, most also wrongly assume that it causes cancer.
Sadly, contrary to what the majority of the public mistakenly believes, Nicotine is a natural plant alkaloid, with a lot of interesting and useful properties. In fact, previous studies have indicated that Nicotine can prevent brain shrinkage, and also protect from the onslaught of Alzheimer’s and other neurological disorders.
[SOURCE]
Previous Post
Next Post