Nicotine absorption from electronic cigarette use - Vapers vs Smokers

When using an electronic cigarette, is there a difference between the way nicotine is absorbed by a vaper and a smoker? If so, what are the implications for beginner vapers?

This is the subject of a new study published today in the journal Scientific Reports by Dr. Konstantinos Farsalinos. Below is a summary of the study findings, in Dr. Farsalinos' own words. He made the announcement on his official scientific blog. You can read his full blog entry here, and the full study report here.

"...The study evaluated nicotine absorption from e-cigarette use, comparing a group of experienced vapers (daily users of e-cigarettes for an average period of 19 months) with naive users (all of whom were smokers). We used equipment that was considered advanced at the time of performing the study (late 2013 - en Evic battery device with an EVOD clearomizer, at 9W)...

The main finding of the study was that naive users had significantly lower plasma nicotine levels compared to experienced users... Naive users obtain less nicotine from e-cigarettes compared to experienced vapers, verifying that there is (a) learning curve in e-cigarette use. Smokers should be properly informed that they might not get enough nicotine during e-cigarette initiation and that they need to adjust their use patterns. This is important in order to avoid an initial disappointment of smokers related to low nicotine absorption, which might result in abandoning e-cigarette use and eventually in an unsuccessful attempt to quit smoking.

As mentioned above, the equipment used in this study is now considered outdated, and we have evidence that new-generation atomizers deliver more nicotine to the aerosol (especially when using high power levels). We expect that new-generation systems will deliver nicotine at a faster rate and thus be more acceptable for smokers by satisfying their nicotine need." [SOURCE] 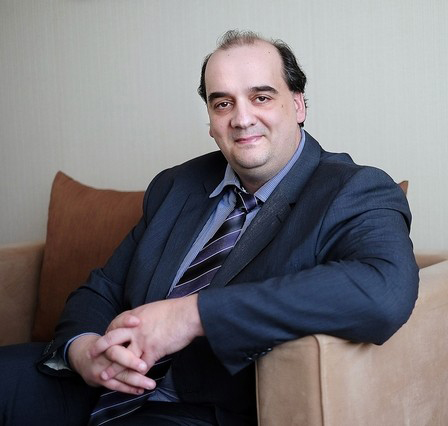 Dr. Farsalinos is a cardiologist, working as a researcher at Onassis Cardiac Surgery Center in Athens-Greece and at Medical Imaging Research Center, University Hospital Gathuisberg in Leuven-Belgium.

He has been actively performing research on electronic cigarettes since 2011 as a principle investigator, in both clinical and laboratory level.